Your Success is a Proof That it is Possible 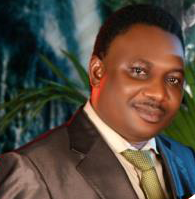 For nine long years after school, he could not get a job. Unlike his peers at the time, every effort he made saw his hope deferred.

From the dream of life as a musician, to seeking greener pastures abroad, to being a travel agent, he had tried them all without success. Then his story began to sound like a broken record as nothing with his name on it was working.

Tired of his tale of woes, he gave his life to Jesus Christ and became born again. And in 1994, he that was down to nothing received the call to “go and take the downtrodden to the top!”

Today, Rev (Dr.) Silas JOHN is the epitome of Grass-To-Grace and a General in God’s End-Time Army. He is the General-Overseer of Faith Renewal Ministry, a fast-growing church in the heart of Ajegunle – the popular Lagos ghetto – from where he preaches the Goodnews beyond the continent of Africa with signs and wonders following.