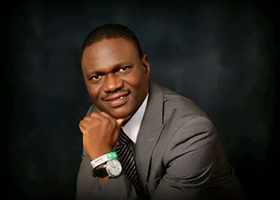 Speaking with GhettoLIFEtv Magazine, the Special Assistant to Hon. Olumoh in charge of the Constituency Office, Comrade Wisdom Adili, disclosed that the Office was opened to the public on the 18th of August, 2019.

Comrade Adili noted that Hon. Olumoh was very mindful of his primary assignment in the State Assembly which informed the need to open the constituency office in earnest to bridge the gap of time and space between him and his constituents, some of whom may not find it convenient to visit him at the Assembly Complex in Ikeja.

Our reporter also gathered that some of the early callers were those who wished to congratulate Hon. Olumoh on his victory at the polls. Other visitors included the unemployed who submitted their CV’s for the Honourable Members assistance as well as those inviting him to one function or the other.

Comrade Adili added that there were also visitors who came to express their appreciation for Olumoh’s effort in attracting the attention of Lagos State Public Works Corporation to the failed portions of major roads in the constituency for the ongoing maintenance and rehabilitation.