GET UP! SYMBOL INTERVIEW With ZOFFUN ADEBUKOLA 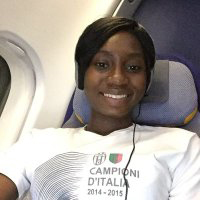 ZOFFUN ADEBUKOLA is the 17th Winner of the Spelling Bee Competition and the FIRST ONE-DAY GOVERNOR of Lagos State from Ajegunle. In an exclusive interview with GhettoLiFEtv, the GET UP! SYMBOL lights up the show with her Passion, Dream and Community Pride. Here are excerpts…

GhettoLiFEtv: Coming from Ajegunle, where the people are largely neglected was supposed to be a disadvantage for you. But, against all odds, you became the Winner of the 2017 Spelling Bee Competition and First One-Day Governor of Lagos State out of Ajegunle. How did that make you feel?

ZOFFUN: It was a great feeling. Number one being that I was able to represent my community very well. Because out there, we don’t like the type of eyes people look us with. They think we can’t be nothing (anything); we are just loud hooligans and so on. And I was determined that that year’s Spelling Bee Competition, I wanted to make my school (Awodi-Ora Senior Secondary School) proud. I wanted to make Ajegunle proud. I wanted to overcome that inferiority complex we always feel. I wanted to take Ajegunle out there, so that when people hear Ajegunle, they will also hear about the positive part of it.

As a matter of fact, Ajegunle is not that bad. Ajegunle is a great community and I’m proud anywhere, anytime to be from Ajegunle.

GhettoLiFEtv: At the beginning of that competition, did you really believe you could win?

ZOFFUN: Well the competition usually starts from the preliminaries; that is, each school in Lagos State, they hold their preliminaries. The students from each school represent the school.  I won the preliminaries by God’s Grace at Ajeromi Local Government. We proceeded to the State Level (that is fifty-seven contestants from the Fifty Seven Local Governments).   It was like a battle because everyone prepared. Everyone wanted to win. I was determined. My principal was keen on me winning. He wanted our school to win; not only our school, he wanted Ajegunle

ZOFFUN: Well the competition usually starts from the preliminaries; that is, each school in Lagos State, they hold their preliminaries. The students from each school represent the school.  I won the preliminaries by God’s Grace at Ajeromi Local Government. We proceeded to the State Level (that is fifty-seven contestants from the Fifty Seven Local Governments).   It was like a battle because everyone prepared. Everyone wanted to win. I was determined. My principal was keen on me winning. He wanted our school to win; not only our school, he wanted Ajegunle

to win. They gave me everything I needed: encyclopedia, assistance, tutoring. And I also gave myself private lesson. I dedicated the midnight to studying since I was determined. Those are the ingredients of success. In my mind I wanted to win the competition. I never even wanted second. And lo and behold I became the winner after a tough battle.

GhettoLiFEtv: Can you think back and try to express exactly how you felt to have emerged the winner?

ZOFFUN: It’s a very great feeling, because seeing yourself as the Governor of Lagos State for a day is like being on top of the world.

GhettoLiFEtv: What was your most difficult moment during the competition and how did you overcome it?

ZOFFUN: While preparing for the competition, there were times when there was no light. It would be very cold… My teacher then was pregnant. Some days to the competition (final), she gave birth and was unable to continue the practice, so another teacher took the practice. Then the day of the competition (final) rain fell (so) heavily that I caught fever. I was like God! So I’m not going to partake in the final. But, I prayed and then, eventually, the fever went away and I was able to answer my questions very well. Those were the challenges.

GhettoLiFEtv: Who is your greatest inspiration?

I also like my teachers. The way they teach, sometimes, they don’t even use books. I am like how do they cram all these things in their head? So, I believe it’s not just about sleeping and waking up. It’s about proper preparation and determination and hard work.

GhettoLiFEtv: Apart from the great honour of producing the FIRST ONE-DAY GOVERNOR OF LAGOS STATE from Ajeromi Ifelodun Local Government, what else did your school benefit from your feat?

ZOFFUN: On the day of the inauguration, I requested for a School Bus and for my School Hall to be renovated, which were granted by the Lagos State Government.

GhettoLiFEtv: How does it feel like to be our GET UP SYMBOL – a Positive Role Model, especially for young girls in the ghetto?

ZOFFUN:  I take it as an Honour. I love to be a motivation to other people that when people see me, they will say since this person can become this, then why can’t I? I want to be a Role Model to all Ajegunle Youths, the fact that you are from Ajegunle does not mean you should misbehave. Don’t let the society define you, you should define the society. I want people to know that you can make it, and even make it more than people not from Ajegunle.

ZOFFUN: Great people have really emerged from Ajegunle. But the problem is that when they go outside and become great, they forget their background, they forget their source – where they come from. We have many people who are making it out there, some don’t even want to agree that they are from Ajegunle. These people can organize projects; they can organize workshops, even scholar- ships for people in Ajegunle. There are a lot of talented people in Ajegunle.